Xfinity on Campus television streaming service is provided to all students living on campus.

For more information and connection instructions:

(If you’d like to connect a Smart TV to the ResTek network, instructions can be found here.) 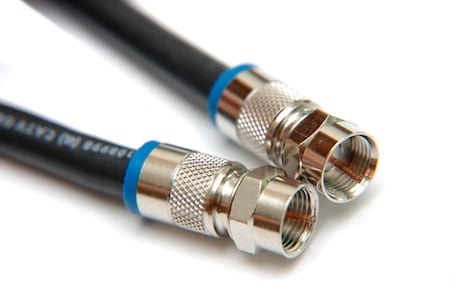 The following information and instructions should help you set up and troubleshoot your TV if your residence hall still has cable connectivity.

The ResTek Cable TV System is a digital QAM system

Setting Up Cable TV in Your Room

“I’m only getting a few channels”

Make sure that your TV is set to Cable instead of Antenna.

“I get all the channels but they are fuzzy”

“I have a bunch of channels that are all static or blank, but the normal channels work”

We have compiled the following information about television compatibility, and provide this list an informal reference for newer devices. This information is not intended to be complete. ResTek cannot guarantee the accuracy of this information. You should verify the specifications when you make a purchase. Contact ResTek if you need any assistance.

Please notify ResTek if you have any information to add to this list.

On a Television Set

For full access, you must connect to WWU internet. Some services may not work off-campus – see Streaming Location below.

These are TV’s or streaming devices that are connected to the internet via and ethernet cable or wifi and provide access to streaming services such as Hulu or Netflix.  These can include Smart TV’s, Roku’s, Apple TV’s, game consoles, etc.

Devices such as Smart TV’s and streaming devices that do not have browsers will be able to connect to the ResTek-alt network once the MAC address of the device is registered.  For most devices the MAC address can be found in the device settings, there are more instructions on our Other Devices page.

How can we help?